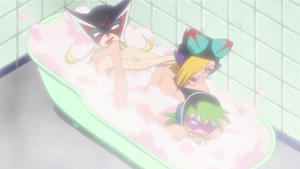 Yatterman episode 26 is the fourth bathing scene in the 2008 Yatterman anime series.

Doronjo is shown taking a Bubble Bath in an Clawfoot Slipper Bathtub which then both Majo and Atasha end up coming into her bath causing them all to fight and Bath Kick each other. 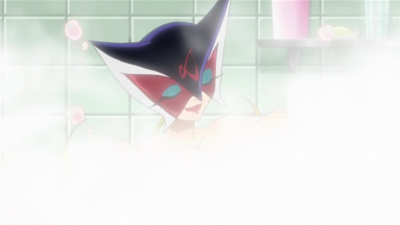 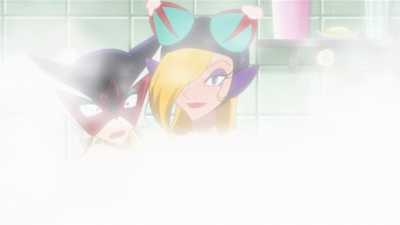 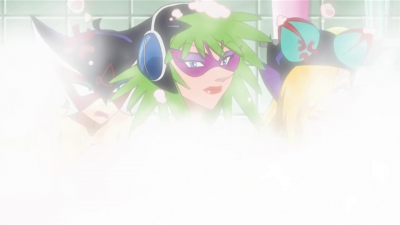 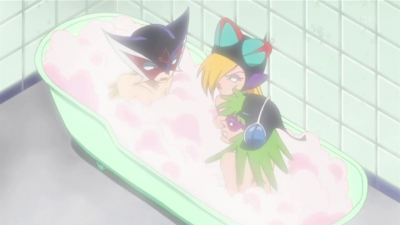 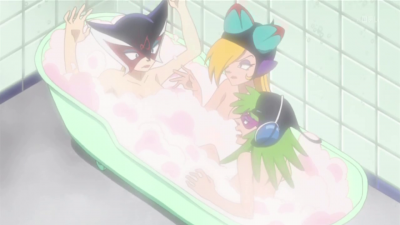 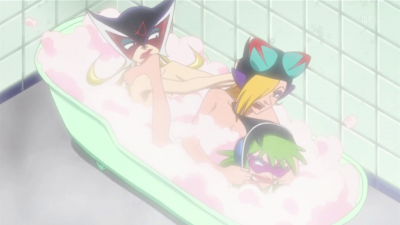 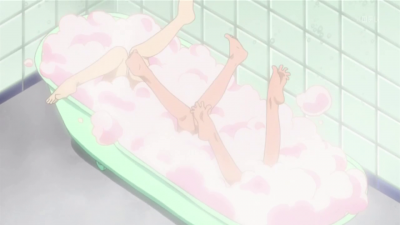