This is a list of non-bathing scenes in the Trigun franchise such as unused bathing facilities and Off Screen Bathing implications. 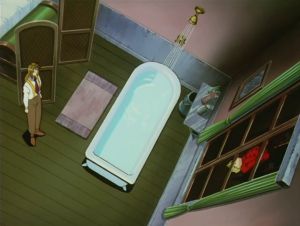 Vash the Stampede tries to Peep on Marianne while she is taking a Bath but then when he looked through the window and when Milly Thompson came to check on her, she wasn't even in the room and the Clawfoot Bathtub was left running as a distraction. 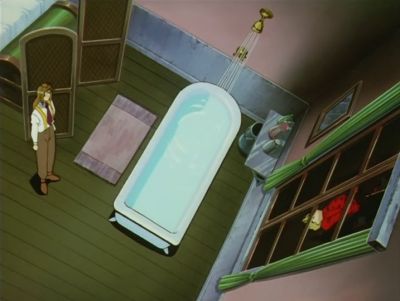 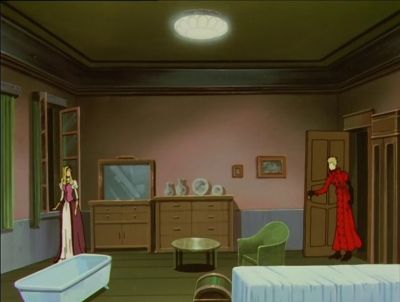 This entire episode was not in the manga and is a filler episode exclusive to the anime. 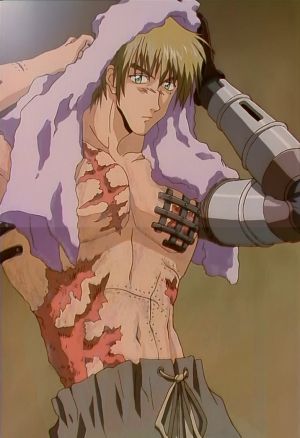 Vash the Stampede bathes Off Screen. 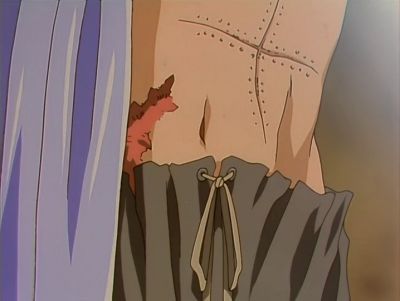 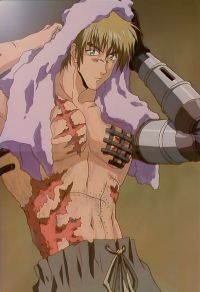 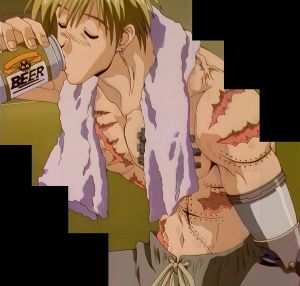