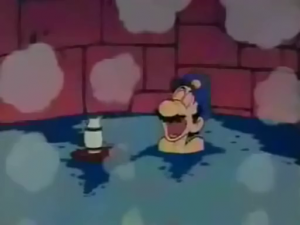 Super Mario Brothers: Peach-hime Kyuushutsu Daisakusen! is an anime film in the Super Mario Bros. franchise that has a bathing scene.

While Luigi Mario greedily mines for gold, his pick hits water which gushes out, filling a pit of lava that his brother Mario Mario is confronting. By the time Luigi is thrown into the pit of lava, it is now a Hot Spring and Luigi is suddenly shown taking a Bath in it with a bottle of Saki appearing by him. 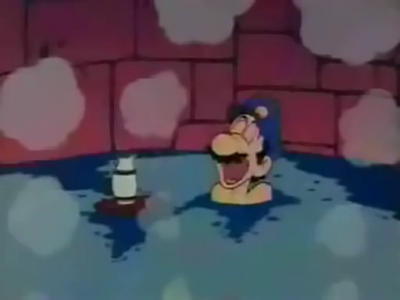 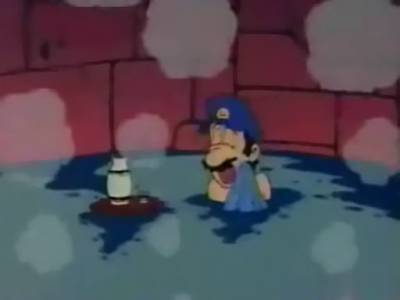