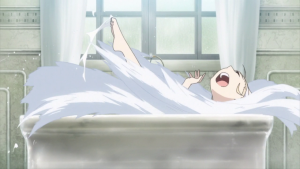 There is two Bath scenes in a Pedestal Bathtub. 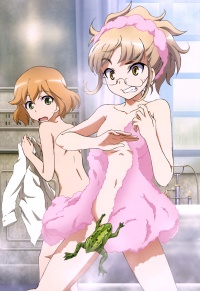 Nyantype #68 poster based off this scene.