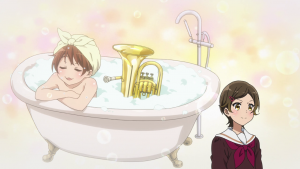 There is an image of Kumiko Oumae washing her euphonium in her Unit Bathtub is shown while she is telling Hazuki Katou that she washes her instrument in the Bathtub. Hazuki then has a Dream Sequence of Kumiko wearing a towel on her head taking a Bubble Bath in a Clawfoot Bathtub with her instrument thinking that she meant bathing with it. Hazuki then imagines Reina Kousaka taking a bubble bath in a Slipper Bathtub with her trumpet and Asuka Tanaka taking a bath a unit tub with her euphonium. Hazuki then has a dream sequence of taking a bubble bath in her unit tub with her tuba. After hearing that soy sauce is a good way of cleaning instruments, she then imagines bathing in soy sauce with the tuba. 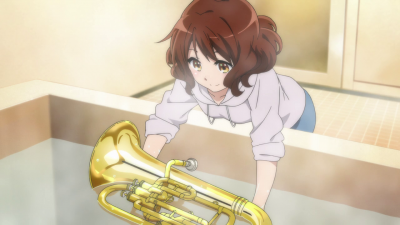 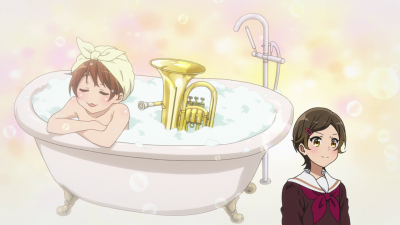 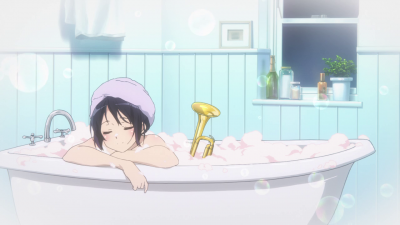 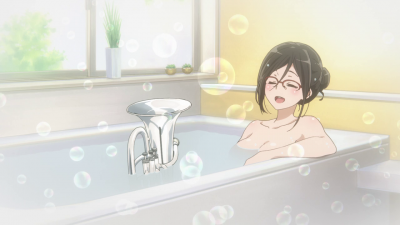 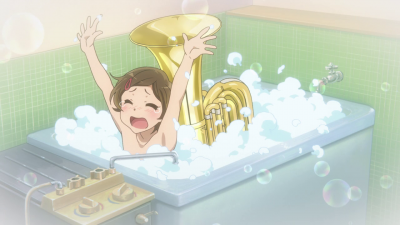 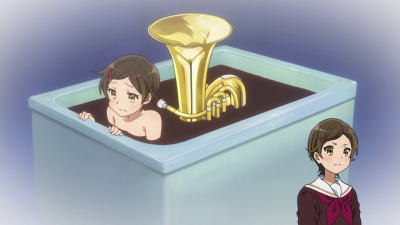