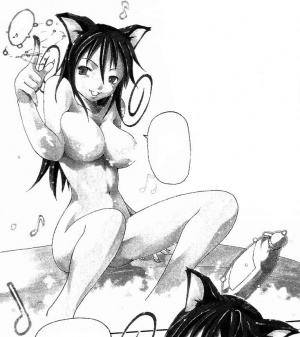 Blair is shown having a Bubble Bath at Maka Albarn & Soul Eater Evans' apartment in a brief cutaway gag right after a moment where Maka who is getting ready for a fight says that she wants to finish this up and go take a Bath. During the cutaway, Blair is shown sitting on the rim of Maka & Souls Flat Bathtub Singing and requesting the magic Scrub Brush to scrub her feet. In the last panel, Blair is shown in the bathtub learning over the edge saying that she is bored and wishes she could go to school like Maka and Soul. 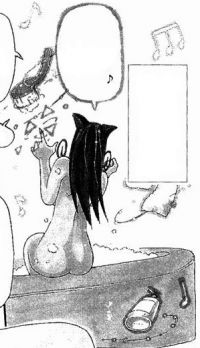 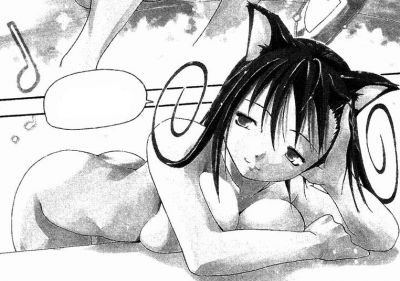 "I want to go finish this up and go take a bath..."
~Maka Albarn
"Scrub my feet next"
~Blair

This chapter was first released on May 12th, 2004 in Monthly Shonen Gangan. On June 22nd, 2004 the chapter was printed and published by Square Enix in the first manga volume released in Japan. The scene was officially translated and released in North America in volume 1 published by Yen Press on October 27th, 2009.

Blair bathes in a Clawfoot Bathtub instead of a Flat Bathtub and sits in the Bath rather than on the rim of the tub.