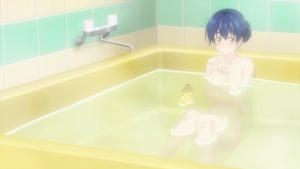 There is a Furo scene with Megumi Tadokoro and some Off Screen Bathing with Soma Yukihira. 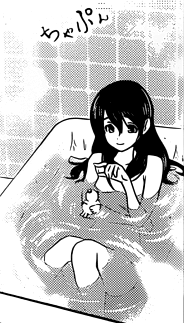 This episode was based off of 6th chapter of the Shokugeki no Soma manga series. The manga version of the scene is much shorter, has less fanservice and doesn't have the eye-catch of Megumi riding a giant version of her Rubber Duck away from Soma.

The series opening credits original shot based off of this scene.