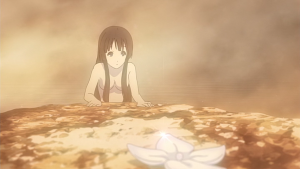 Sankarea OVA episode 1 (sometimes referred to as Sankarea episode 0) is the first bathing scene in the Sankarea OVA series.

Rea Sanka bathes in a Hot Spring and ends up getting Peeped at on accident. 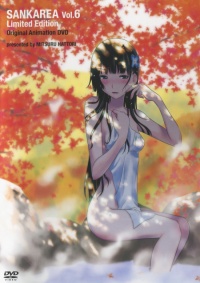 Cover to the OVA

This OVA first released in Japan on June 8th, 2012 and was bundled with the limited edition of the 6th volume of the manga.