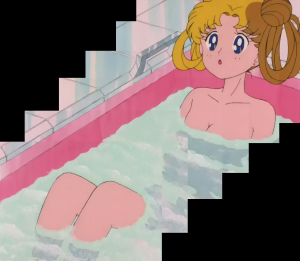 Usagi Tsukino takes a Bath. She steps out, drying herself off and wraps herself in a Pink Towel. She then gets upset because she thinks she broke the Bathroom Scale after weighing herself. Later on after working out at the gym, she takes a bath in one of their sunken Jacuzzi tubs in the "bubble bath room". At the end of the episode, she takes another bath at home and weighs herself again being disapointed. 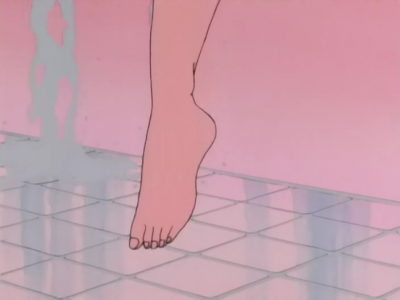 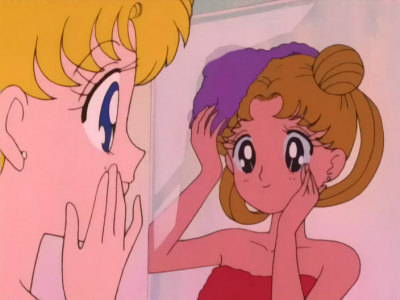 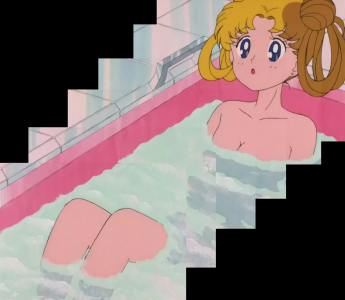 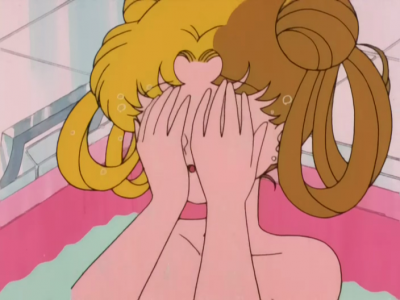 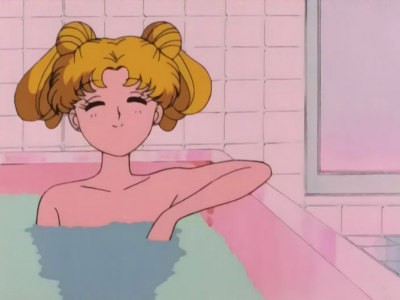 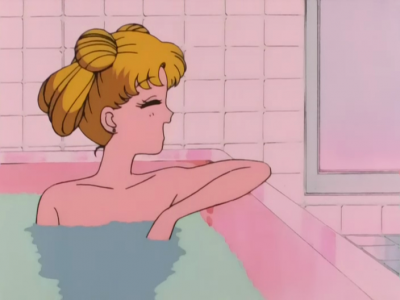 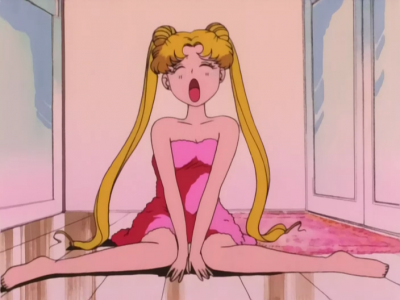 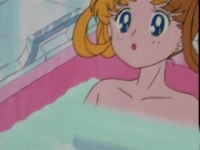 This episode was censored in it's original English dub counterpart titled "Slim City" and was actually the dubs third episode. The bathwater in Usagi's tub in the Jacuzzi scene was heightened up to cover her Bath Cleavage.

This entire episode is not in the manga and is a filler episode exclusive to the anime.