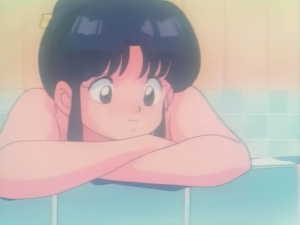 Ranma ½ episode 6 is the fourth bathing scene in the Ranma ½ anime series.

After being told that she's cute when she smiles, Akane Tendo takes a Bath in the Undermount Bathtub at her house while having her hair tied and leans over the edge of the tub happy about the compliment. 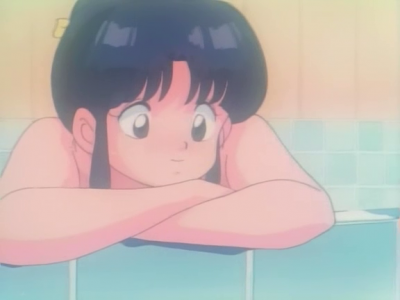 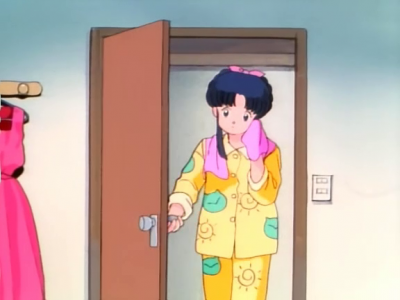