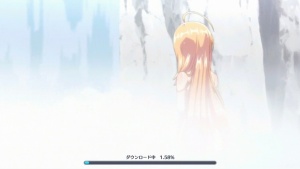 This game first released in Japan on February 15th, 2018 on Android and iOS.

This scene was adapted into the first episode of the Princess Connect! Re:Dive anime series except that it was altered and changed into a clothed faced washing scene instead taking the bathing aspect completely out of it.