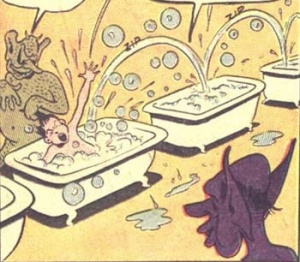 Pep Comics chapter 30 is a bathing scene in the Pep Comics comic series.

There is a Bubble Bath in a Clawfoot Bathtub and later on, there is forced bathing in a row of clawfoot tubs while spinach is force fed. 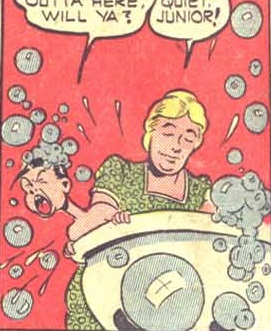 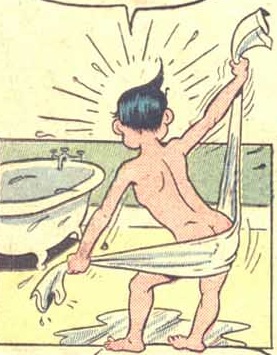 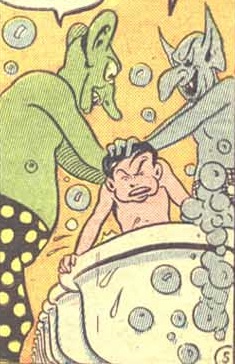 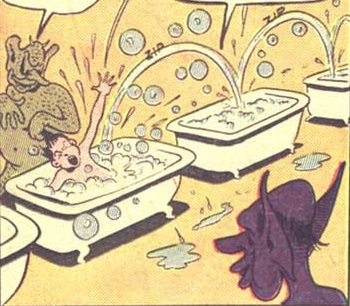 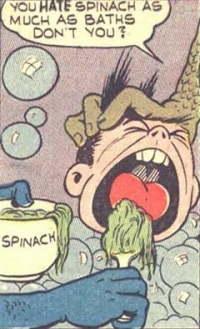 This issue first released in North America on June 10th, 1942.