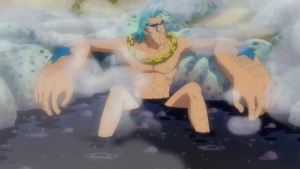 One Piece episode 382 is the tenth bathing scene in the One Piece anime series.

Franky takes a Bath in a Cola Hot Spring at an Onsen on Spa Island while whistling. Brook is seen outside wearing a Pink Towel and Milk Drinking after having bathed Off Screen. 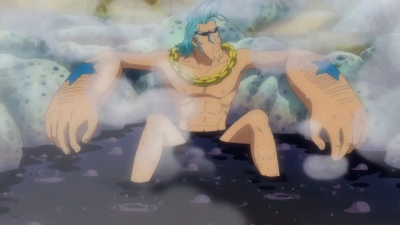 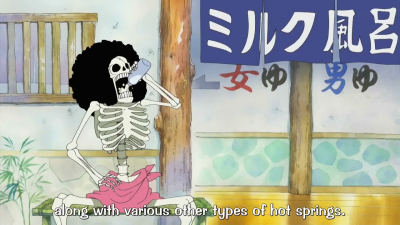 The entirety of this episode is not in the One Piece manga series and is exclusive to the anime.