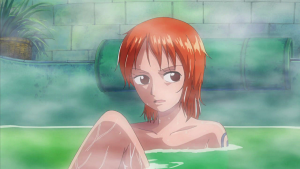 One Piece episode 341 is the eighth bathing scene in the One Piece anime series.

There is a Furo scene with Nami.

This episode first aired in Japan on February 3rd, 2008. 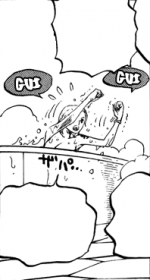 In the manga, There is much less shots of Nami inside of the Bath but there is also less steam showing us more of Nami's body.