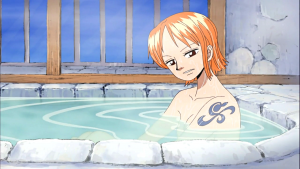 One Piece episode 221 is the third bathing scene in the One Piece anime series.

Nami is seen in a hotel room having a Shower while holding a soapy Sponge sometime after she ditched the Straw Hat crew when her memories were taken by Tatsu thinking about why every page of her logbook was filled and the dates aligned correctly. She turns the shower off and gets into the bathtub where she finds observes her tattoo and is confused why its not the Arlong Pirates pirates symbol and was changed. She then curls her legs and lowers her head towards her lap where she has a flashback of her childhood when the Arlong Pirates came and took over her village and killed Bell-mère. The flashback finishes with a young Nami in the same position as it shifts back to the current Nami in the bath. She then starts crying and stands up and looks out the window. 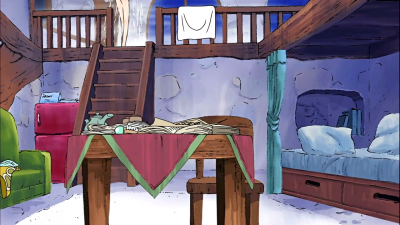 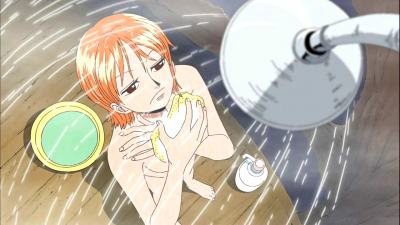 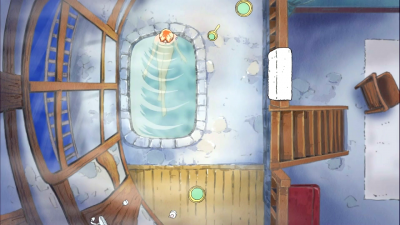 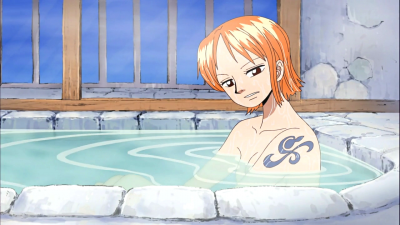 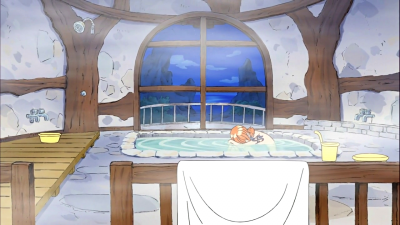 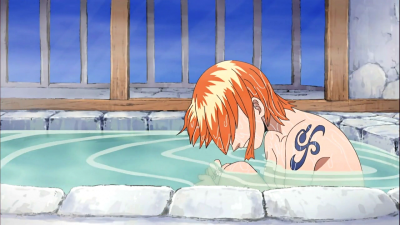 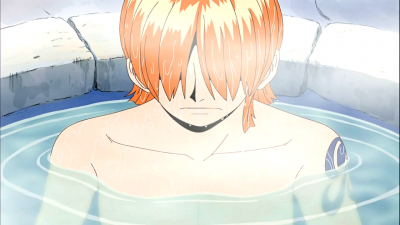 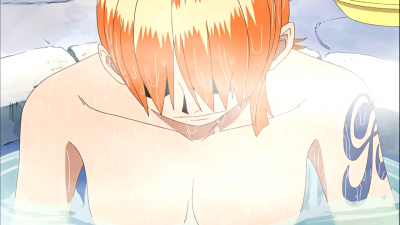 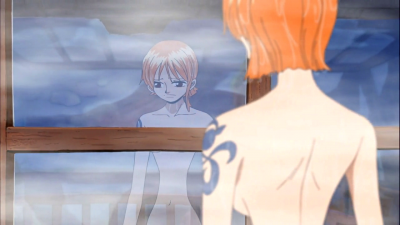 This episode first aired in Japan on February 13th, 2005.

This episode was not in the One Piece manga series and is a filler episode exclusive to the anime.