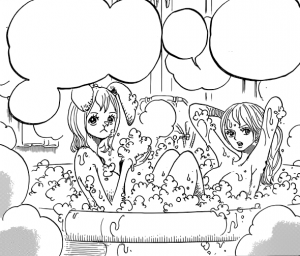 One Piece chapter 858 is the 19th bathing scene in the One Piece manga series.

Tony Tony Chopper meets up with Monkey D. Luffy and Vinsmoke Sanji after finishing a bath. Meanwhile, Carrot and Nami take a Bubble Bath in a Clawfoot Bathtub. 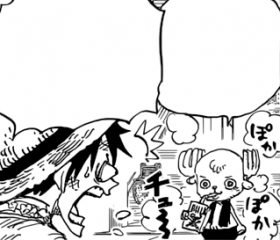 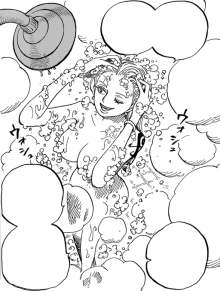 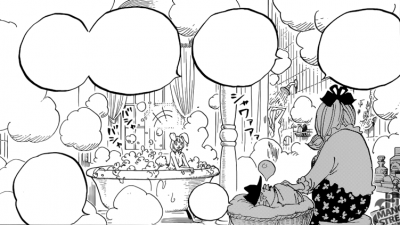 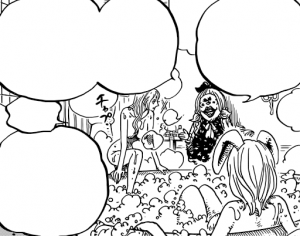 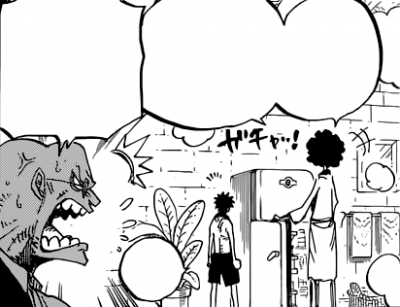 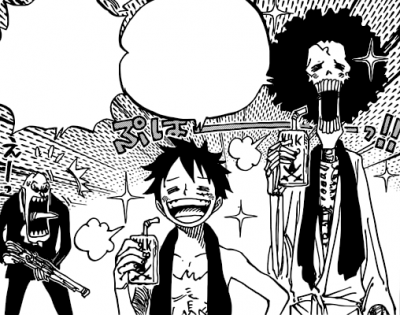 This chapter first released in Japan on March 13th, 2017.

This bathing scene was adapted into the 827th episode of the One Piece anime series.