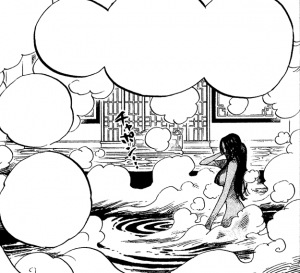 One Piece chapter 517 is the 11th bathing scene in the One Piece manga series.

Boa Hancock takes a Bath in a Bathing Pool and Monkey D. Luffy falls into it clothed.

Continued into the next chapter titled "Coliseum" (闘技台 Tōgidai) released on October 11th, 2008, Boa Hancock and Monkey D. Luffy are now outside of the Bathing Pool while Boa Hancock is wearing a Bathrobe that Boa Marigold and Boa Sandersonia brought to her. As payback for peeping into her bath, Boa Hancock tries to attack Luffy by turning him to stone with her powers from the Love-Love Fruit but fails. 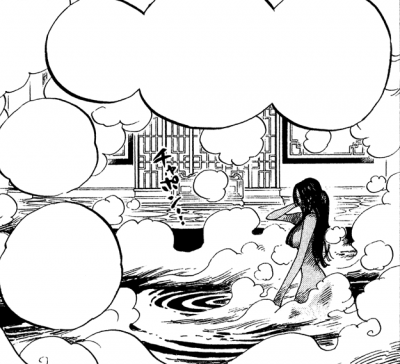 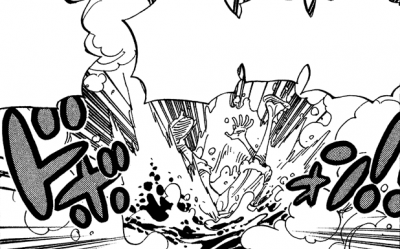 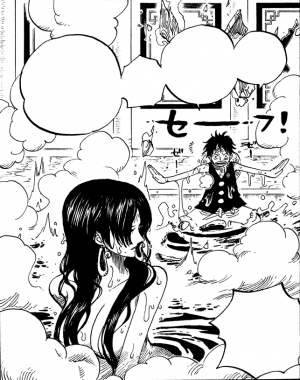 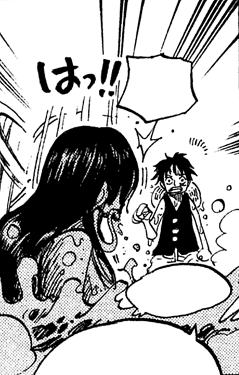 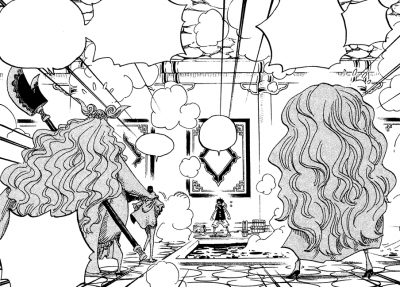 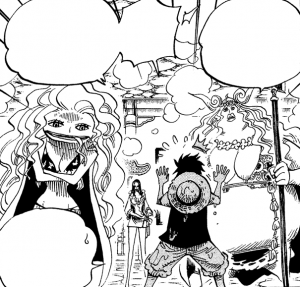 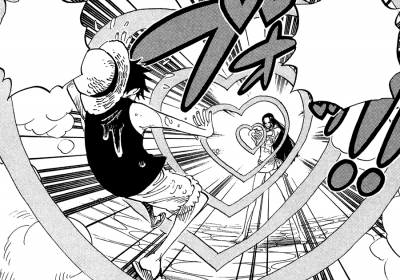 This episode first released in Japan on October 6th, 2008.

This bathing scene was adapted into the 411th episode of the One Piece anime series. The anime extended the scene to be a lot longer and includes a lot more shots of Boa Hancock bathing. The anime confirms that the bathwater is Green Bathwater and is further confirmed by the full color edition manga having the bathwater green as well. Chapter 518 is covered in Episode 412 but in the anime version Boa Hancock is still in the bath rather than in the manga where she is already out at the beginning of that chapter.