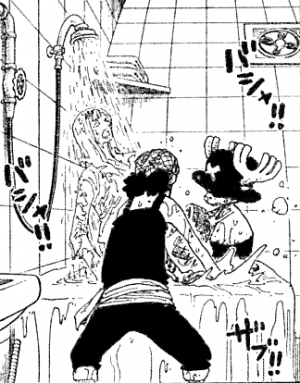 One Piece chapter 321 is the fourth bathing scene in the One Piece manga series.

Usopp and Tony Tony Chopper put Nico Robin who is frozen is into a Bath clothed with the Shower running on her to thaw her out. 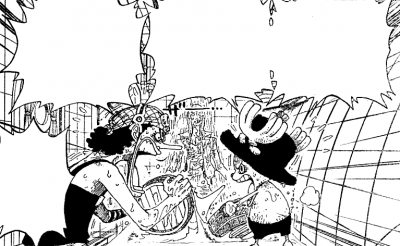 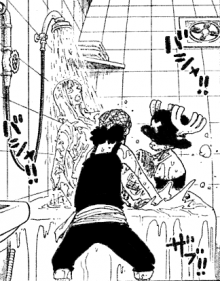 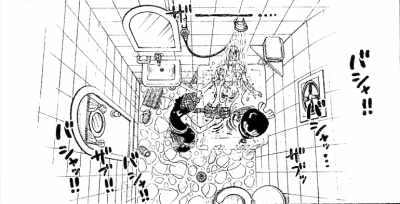 This chapter was adapted into the 228th episode of the One Piece anime series. The anime version is shorter and doesn't have as many camera angles. The White Towel Nami is seen holding is confirmed to be a Yellow Towel in the anime.