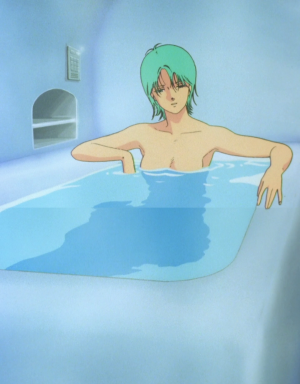 Four Murasame takes a Bath in a Unit Bathtub and is shown Getting Out.

This episode first aired in Japan on November 9th, 1985.

On an official Gundam.info poll posted in December 2009 for best Gundam bath scenes, this scene received fifth place with 2.23% votes.