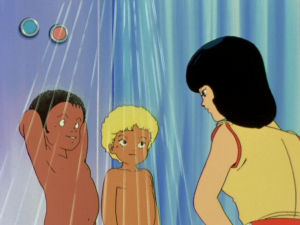 After losing Shinta and Qum, Fa Yuiry finds them in the Shower and then goes underneath the shower clothed to hug them. 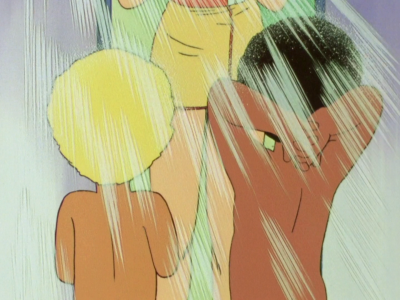 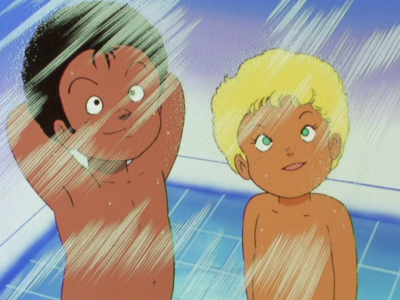 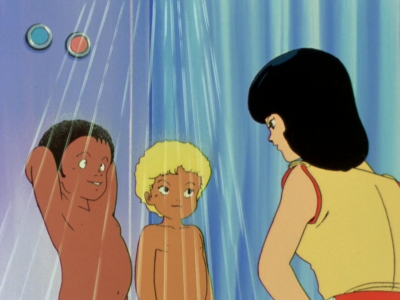 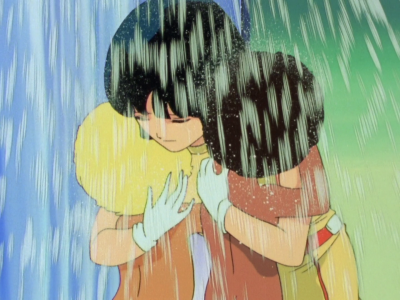 This episode first aired in Japan on October 5th, 1985.