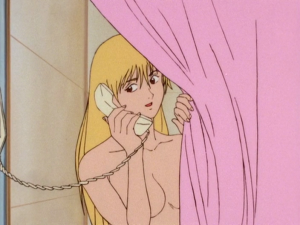 Katejina Loos opens the Shower Curtain and answers the phone while she is in the Shower.