Judau Ashta peeks into a window which ends up being to a Shower Room where Fa Yuiry, Sayla Mass, Emary Ounce, Sarah Zabiarov and Four Murasame are Showering in Swimsuits and do not notice him. At the very end of the line, Elpeo Ple is taking a Bath in a Flat Bathtub naked while she has the shower running on her as well. Ple then turns around and notices Judau and then happily winks at him. 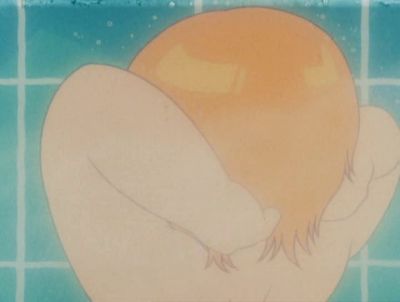 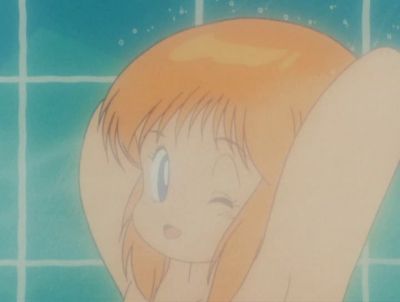 This episode was first released in Japan on March 12th, 1988.