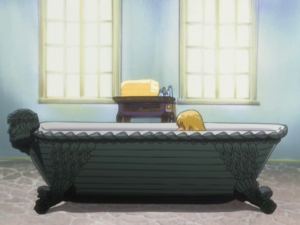 Cagalli Yula Athha has a Bath in a Clawfoot Bathtub after having ketchup and mustard in her hair. 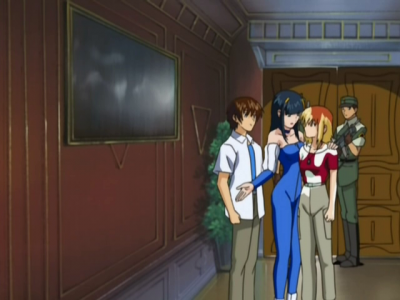 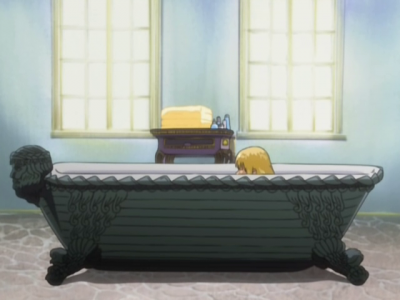 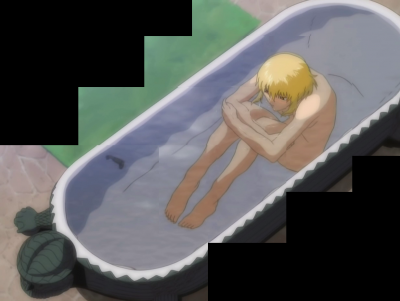 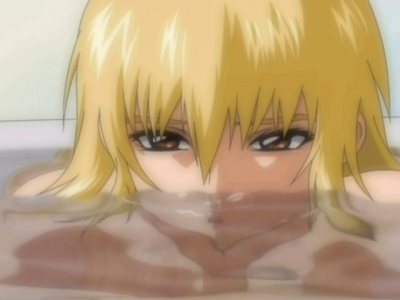 This episode first released in Japan on February 8th, 2003.

This scene is exclusive to anime series and was Off Screen in the manga adaptation. 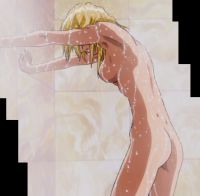 Special Edition version of this scene.

This scene was reanimated for the first episode of the recap compilation series Mobile Suit Gundam Seed: Special Edition. The bathing was drastically changed making Cagalli take a Shower instead of a bath. While her mood was emotionally neutral in the original bath scene, the remake's scene is a shower of Angst. The bathroom is also entirely different since the original scene had a Clawfoot Bathtub in a blue walled bathroom while the remake just shows us the walls in this bathroom which are yellow tiled. 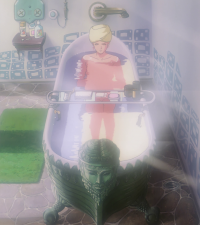 The bathtub from Mobile Suit Gundam F91 that this scene's tub was based on.