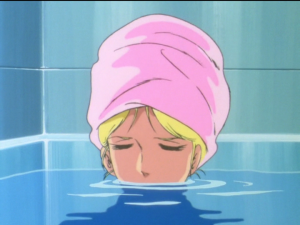 Sayla Mass has a Bath in a Unit Bathtub while wearing a Towel on her head. When an alarm goes off, she reaches for a towel and gets out. 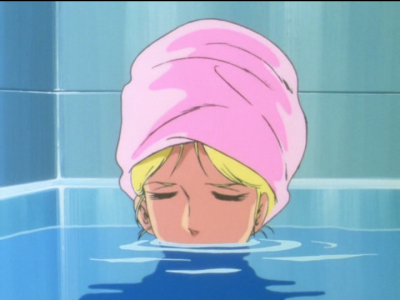 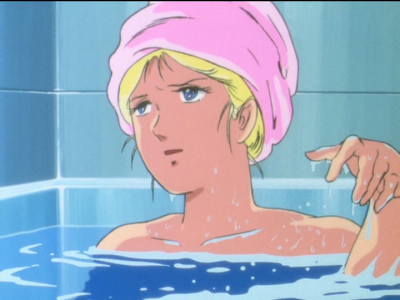 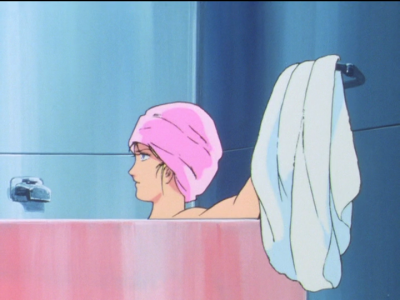 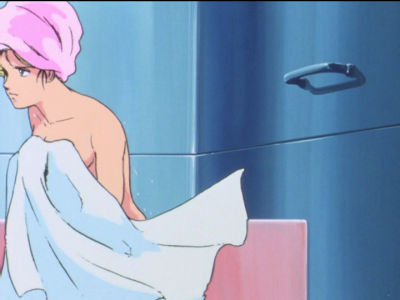 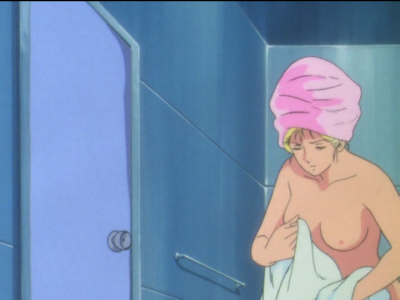 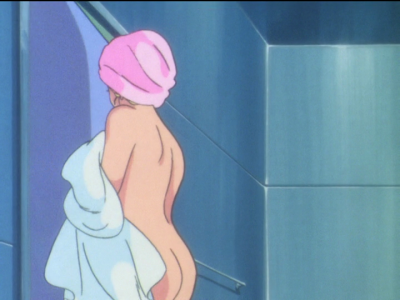 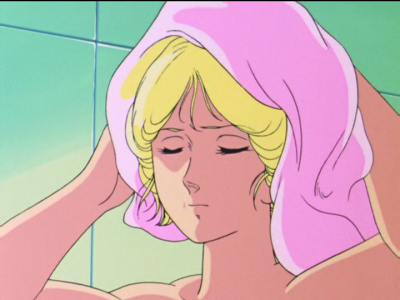 Parody of this scene in The World God Only Knows II episode 12.

In The World God Only Knows II episode 12, there is an entire parody segment of the final story arc of Mobile Suit Gundam with every character having Keima Katsuragi's face with this movie versions of the Sayla Mass Bath scene being one of the moments parodied with her comedically having Keima's face instead just like all the other characters.

On an official Gundam.info poll posted in December 2009 for best Gundam bath scenes, this scene received third place with 9.25％ votes. An official figure of Sayla was made referencing this scene where she is wearing a White Towel while holding the Pink Towel that was just taken off her head. In the game Knight Gundam Puzzle Heroes, You can obtain a card which is a chibi parody of this scene but Sayla is taking a Bubble Bath in a Clawfoot Bathtub instead. 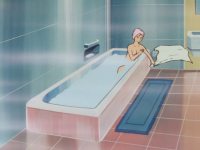 The original scene in the TV series had a fixed shot showing a front view of the entire Unit Bathtub and the nudity from Sayla Mass is very far away and undetailed not showing the nipples the movie version was infamous for.