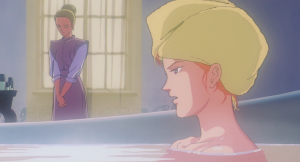 Cecily Fairchild takes a Bath in a Clawfoot Slipper Bathtub.

On an official Gundam.info poll posted in December 2009 for best Gundam bath scenes, this scene received eighth place with 1.48% votes. 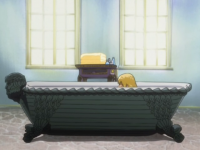