Sayla Mass has a Bath scene. 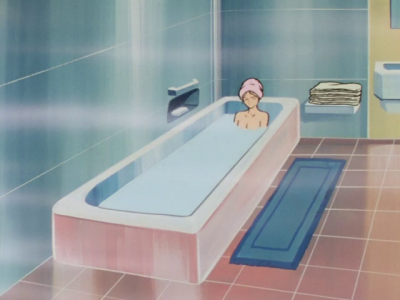 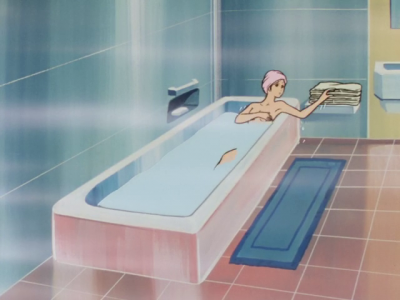 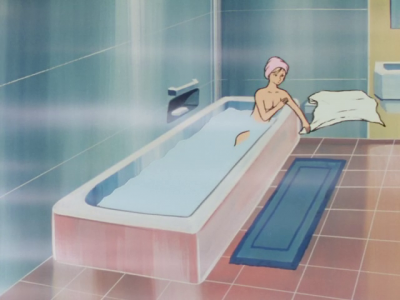 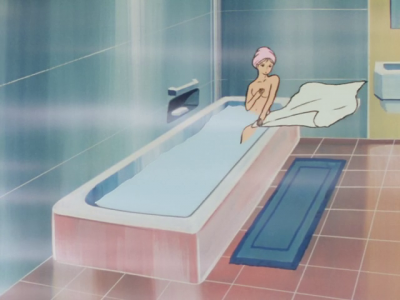 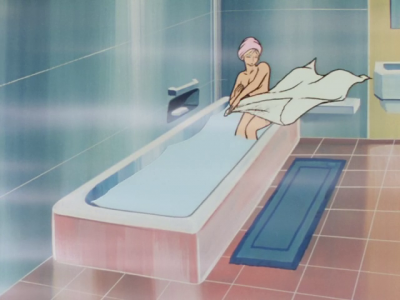 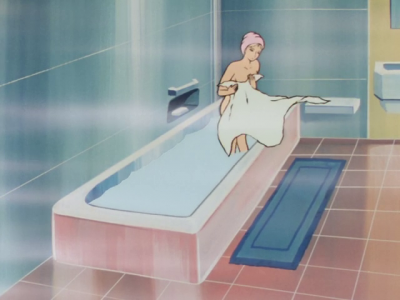 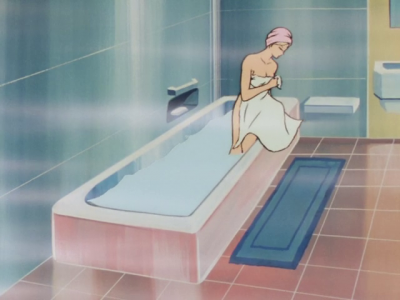 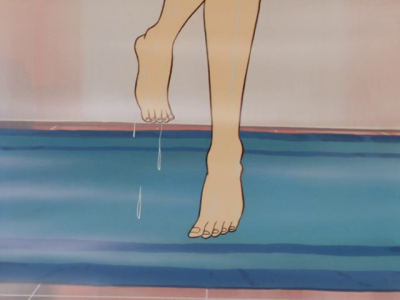 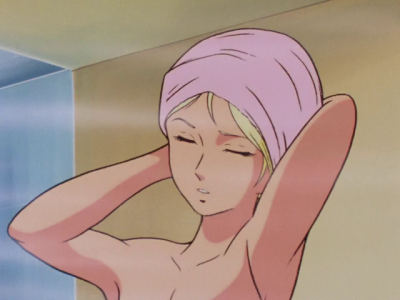 This episode first released in Japan on December 15th, 1979. 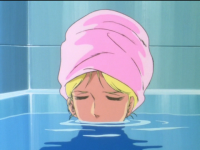 Remake version of this scene in Mobile Suit Gundam III: Encounters in Space

Almost the entire bath scene was shown in the preview for this episode at the end of episode 36.

This scene had a much more famous re-animated version in film version Mobile Suit Gundam III: Encounters in Space. Almost all references and homages to this bathing scene in Mobile Suit Gundam media and other anime parodies directly reference that film remake version of the bath scene instead of the original version.