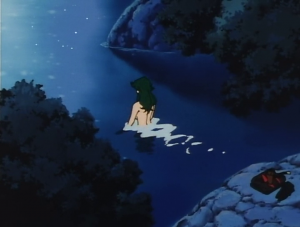 Nastasha Zabigov Skinny Dips and gets Peeped at and brings her gun out and tries to shoot the peeper. 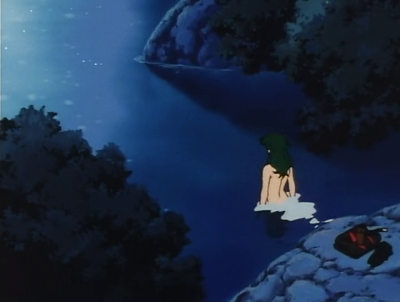 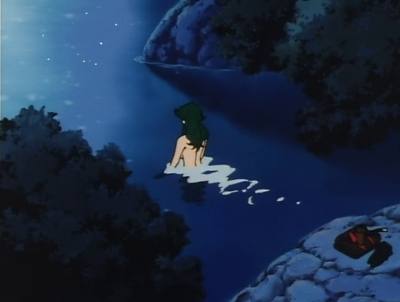 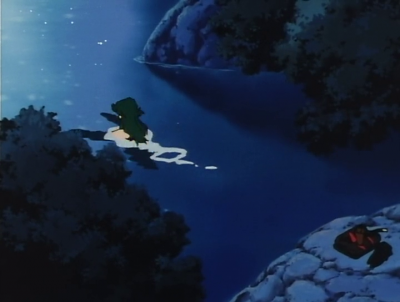 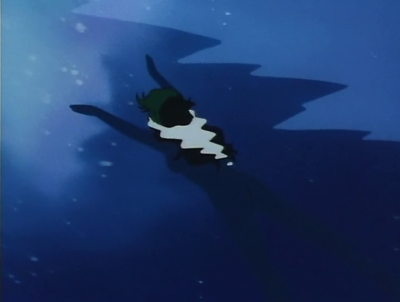 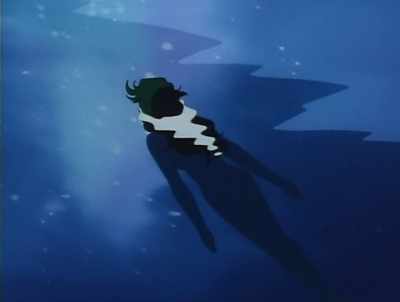 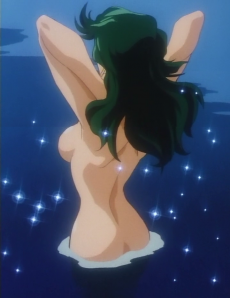 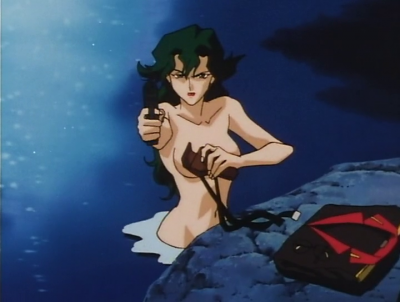 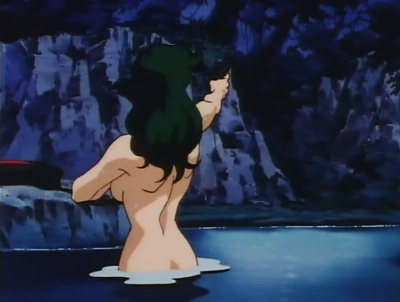 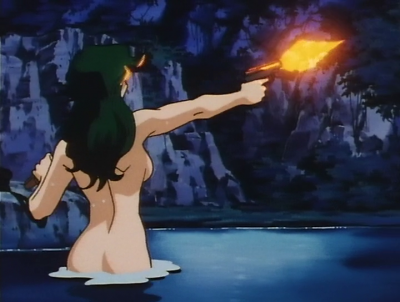 This scene was adapted into the sequel series of the later manga adaptation known as Choukyuu! Kidou Butouden G Gundam: Shinjuku - Touhou Fuhai!. The manga version differs by having an extra bathing where Stalker is also bathing with Nastasha Zabigov while giving a narration at the beginning of the chapter and comically getting shot at by a gun she is using. The actual adaptation of the scene later in the chapter doesn't have Nastasha swimming in the water, just her standing in it but it has more shots and also the water is slightly shallower making more of buttcrack visible.