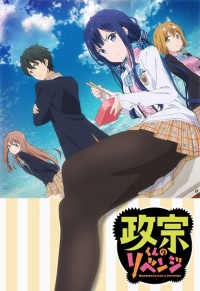 Aki Adagaki takes a Bath in a Clawfoot Bathtub while seemingly depressed. This scene was left out of the anime adaptation but if it did appear it would have been in episode 11.

Masamune Makabe takes an Off Screen Shower after working out and admires his body in the mirror.