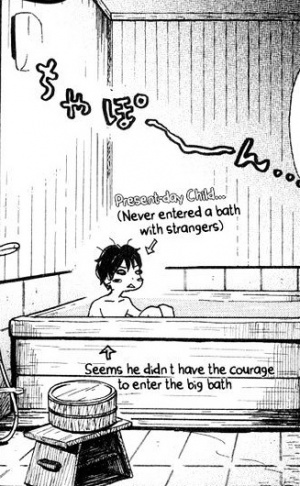 While staying at an Onsen resort with his co-workers, Rei Kiriyama ends up taking a Bath in his Ryokan room's private Hinoki Bathtub out of being too nervous to bathe with others. In the bath he reads a piece of paper.

This scene was adapted into the 36th episode of the anime series. The anime version changes the Hinoki Bathtub into a large black Unit Bathtub that has a wooden edge on the outside.

This chapter was compiled into the seventh manga volume. The original serialization of the chapter in Young Animal was released sometime before March 23rd, 2012.