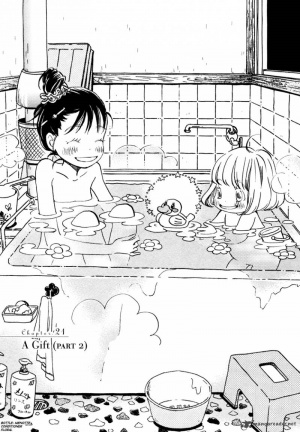 The cover has Hinata Kawamoto and Momo Kawamoto sharing a Bath together in a Unit Bathtub.

This chapter was compiled into the second manga volume. The original serialization of the chapter in Young Animal was released sometime before November 28th, 2008.