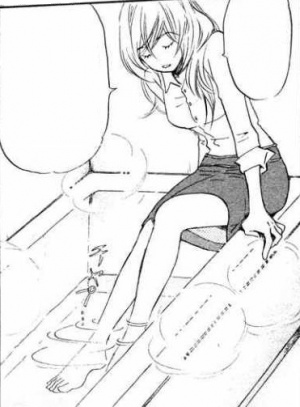 Kyouko Kouda sits on the rim of a Unit Bathtub while clothed and soaking her feet in the bath. 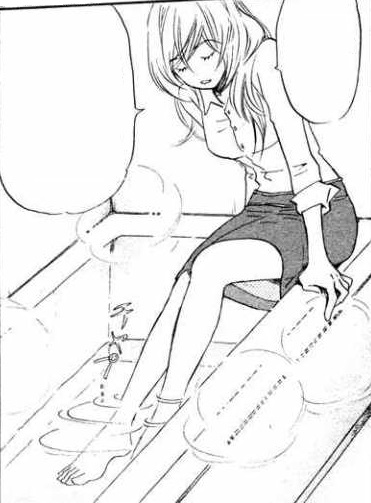 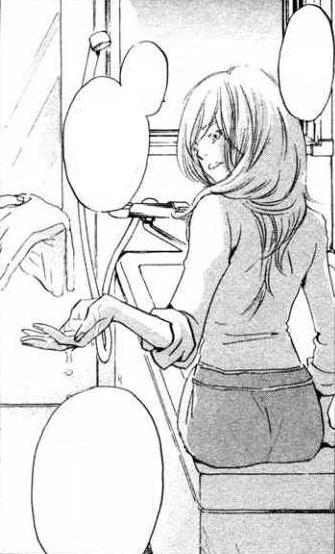 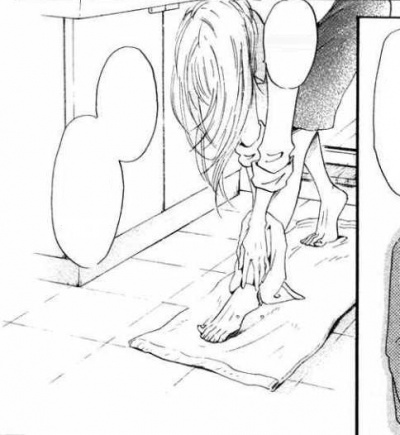 This chapter was compiled into the second manga volume. The original serialization of the chapter in Young Animal was released sometime before November 28th, 2008.

This scene was adapted in the 8th episode of the anime series where it has more shots.