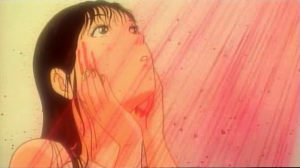 Miyuki Nanase takes a Shower in a Clawfoot Bathtub at the Opera House Hotel and then the Shower Head ends up spraying blood.

This film first released in Japan on December 14th, 1996.