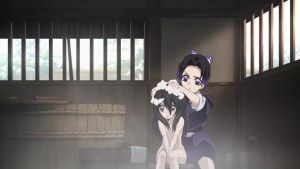 During a Flashback Kanao Tsuyuri is bathed in a Furo session after being Filthy. During the Taisho Secret segment during the post ending credits, Tanjiro states that medicated water they used during their reflex training, can heal wounds and exhaustion when bathing in it. 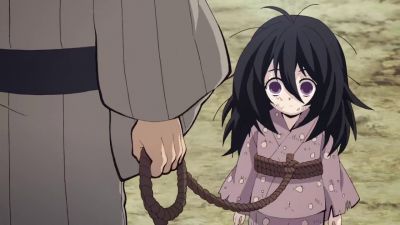 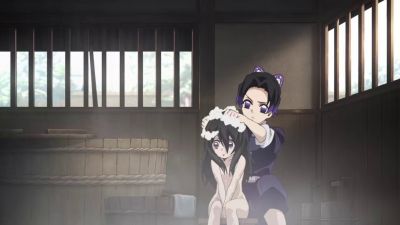 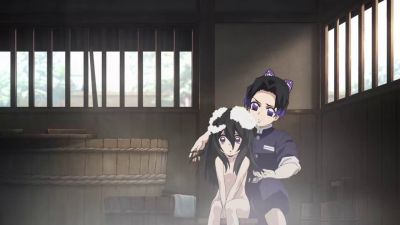 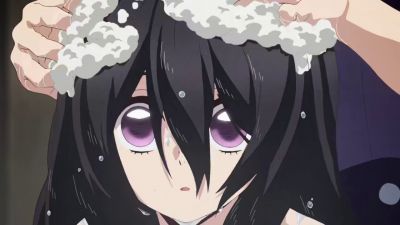 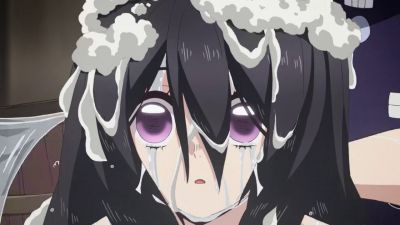 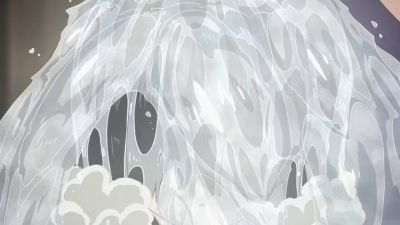 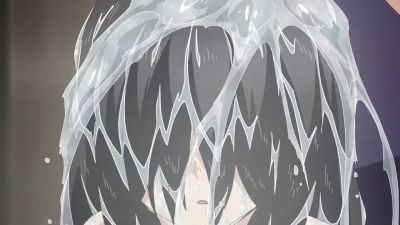 This episode was first aired in Japan on September 21st, 2019.

This episode adapts the bonus chapter 59.5 in the Kimetsu no Yaiba manga series but the bathing scene is exclusive to the anime and was only Off Screen in the manga.