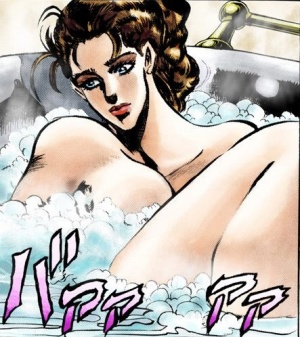 Lisa Lisa strips off her dress and gets into a Bubble Bath in a Clawfoot Bathtub on her balcony as her servant Suzy Q is asking her which blouse she would like to wear after the Bath. Suzy Q leaves Lisa Lisa as she bathes and tells Joseph Joestar to wait in Lisa Lisa's room while she gets out of bath but instead Jojo peeps on her through the keyhole. He ends up seeing her sitting on the rim of the Bathtub but suspiciously finds that Suzy Q is in the bathroom when he just saw her downstairs and also notices a strange goo on the door handle. Lisa Lisa notices that her powerful necklace the Aja is gone and asks Suzy Q where it is but then reveals that she is possessed by AC/DC as his last attack. Lisa Lisa covers her breasts and grabs hold of a White Towel. The scene continues into chapter 82 where Lisa Lisa is already out of the bath and still naked holding a towel while Jojo jumps in the room to confront the possessed Suzy Q along with Caesar. 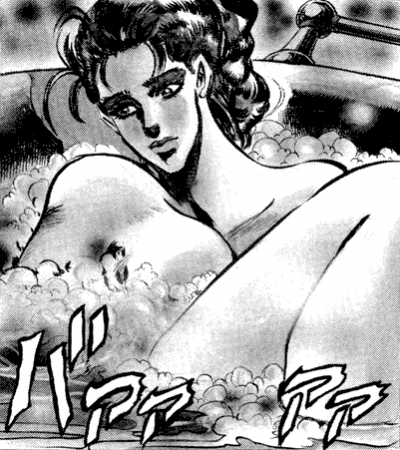 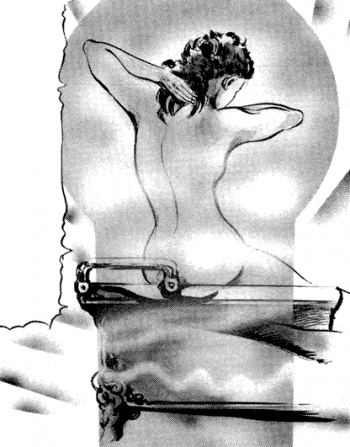 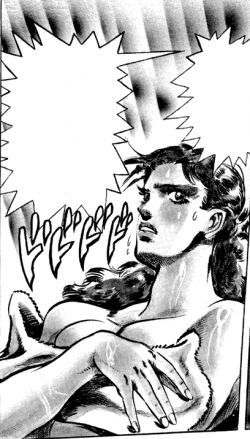 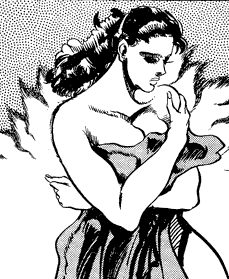 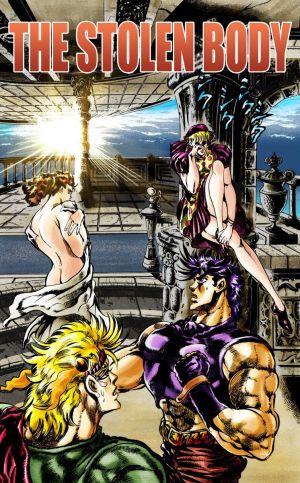 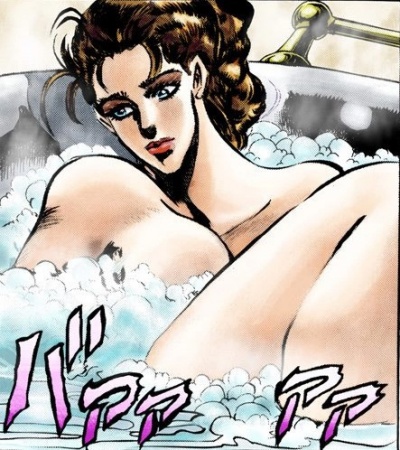 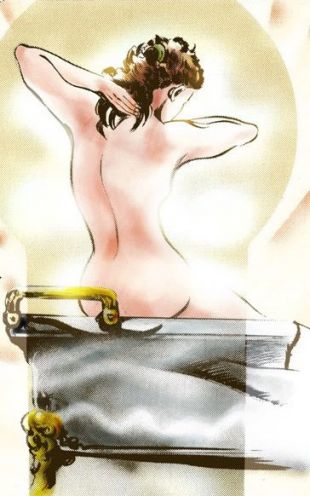 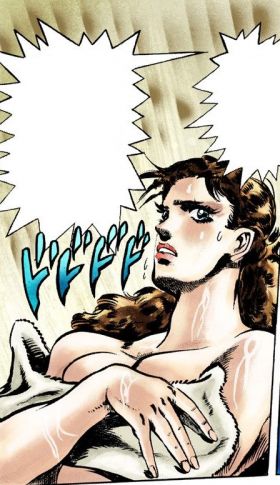 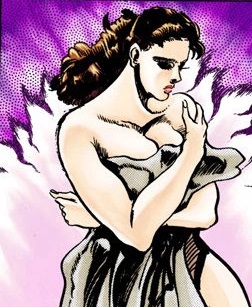 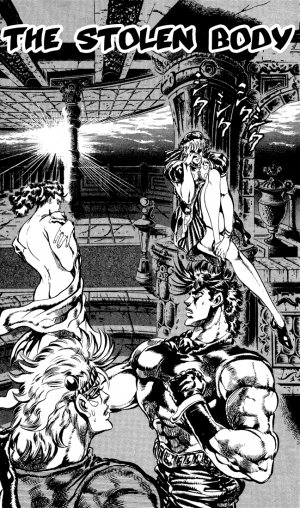 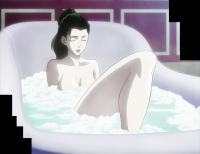 Lisa Lisa's bathtub is changed to a Slipper Bathtub in the anime and doesn't have a Towel Rack on it. The anime also extends Lisa Lisa's bath scene making it significantly more gratuitous.