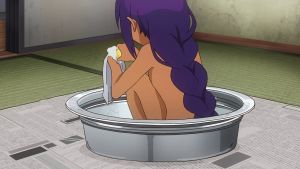 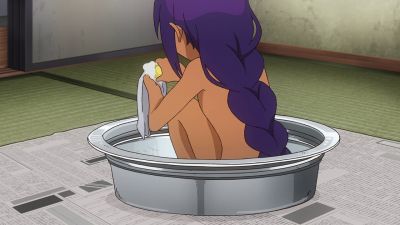 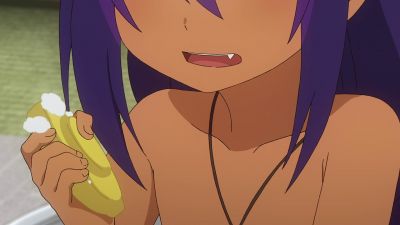 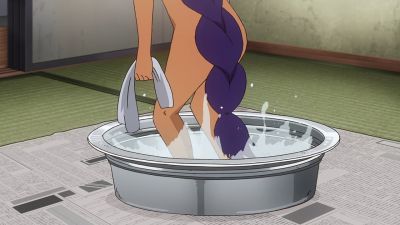 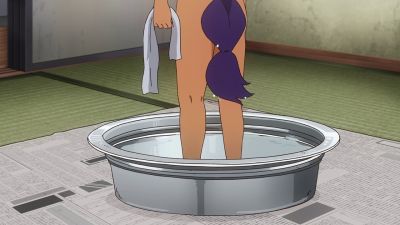 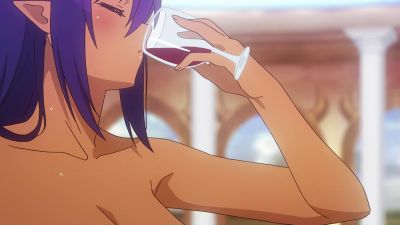 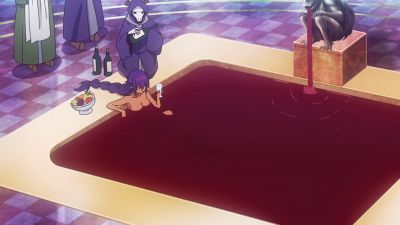 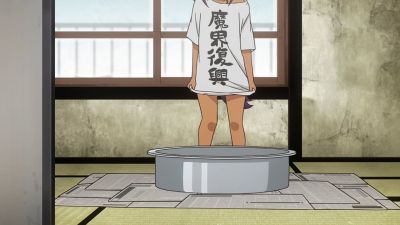 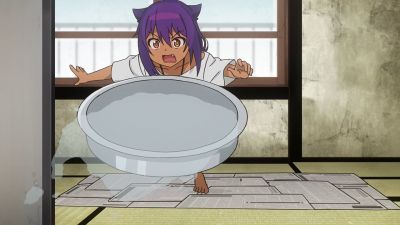 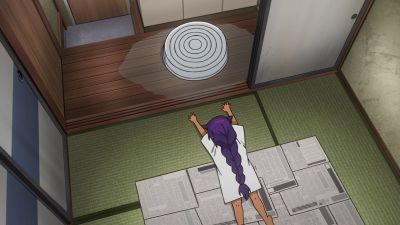 This chapter first aired in Japan on August 1st, 2021.

This scene of Jahy bathing in a Washtub was shown in a trailer for the series that was released on July 9th, 2021.

Jahy's bathing pool was originally a clawfoot tub in the manga

This episode is an adaptation of the first chapter of the Jahy-sama wa Kujikenai! anime series. The anime version is significantly toned down not showing any frontal shots of her Washtub bath and her more luxurious bath in her Flashback is completely changed from a Clawfoot Bathtub with Rose Petals to a Bathing Pool filled with red wine. The anime also shows Jahy getting dressed just before she slips while trying to dispose of her bathwater.