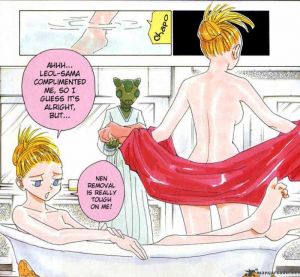 Hina takes a Bath in a Clawfoot Bathtub. 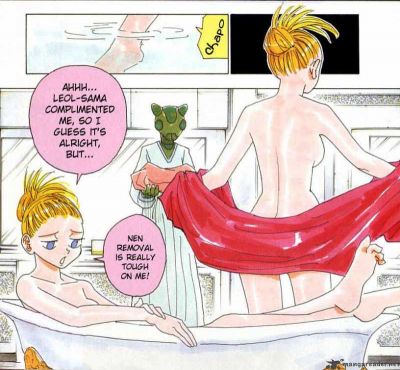 This scene wasn't adapted in the first anime adaptation of Hunter x Hunter since it ended before the release of this chapter but it was adapted into the 2011 remake's 110th episode.