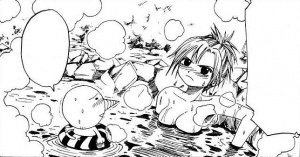 Elie goes Skinny Dipping in a Hot Spring with Plue on their way to Ska Village. While Elie is bathing, she grabs Plue's nose out of curiosity. Meanwhile a distance away from the hot spring, Haru Glory tries to stop Griffin Kato from trying to peep at Elie while she is bathing. Haru then rushes over to Elie, when he hears her scream asking for help. When Haru shows up he sees, Elie Standing In The Bath with a Towel on holding Plue who seems to be in a deflated-like state. After Haru and Elie find Plue returning to his normal state, Elie goes back to the hot spring to take another bath with Plue. In the bath Elie finds out that its hot water that makes Plue shriveled up. While Griffin Kato is seen hiding in a bush, successfully Peeping at Elie. 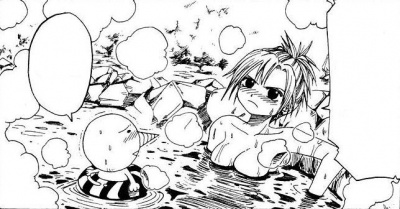 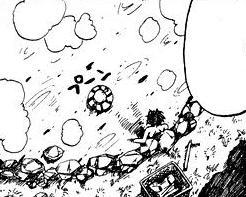 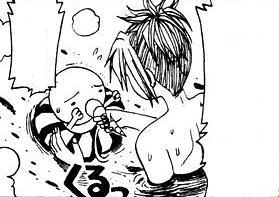 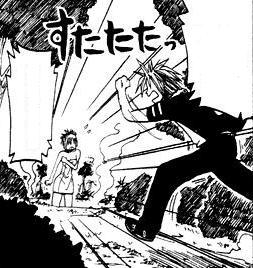 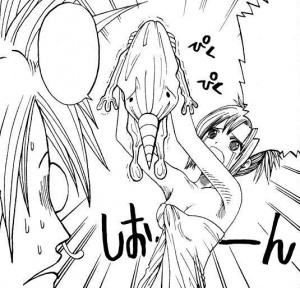 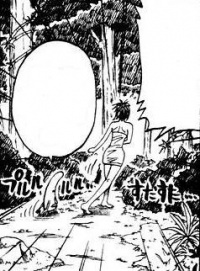 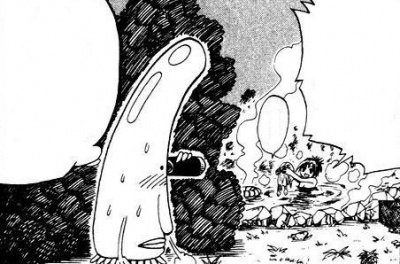 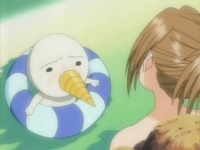 This bath scene was adapted in the 9th episode of the anime. The changes made in the anime version was that the Hot Spring Elie bathed in had a giant rock archway over it. It is also revealed in the anime that Elie's towel is pink and the bathwater was green.