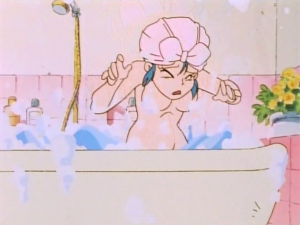 Rei Kuki takes a Bubble Bath in a Clawfoot Bathtub inside of the bathroom while wearing a pink Towel on her head and washing her arm with a Wash Cloth. The commotion from Raizou Kuki's machine shakes the ground which throws Rei under the bathwater and bounces the Bathtub up and down. After she rises back up from the bathwater, she runs over to the lab wearing only a pink towel to see what is going on. 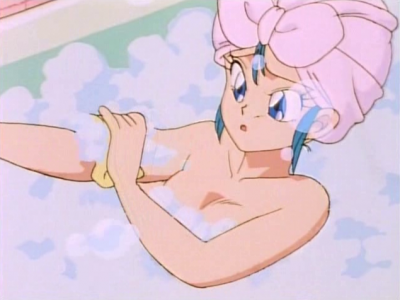 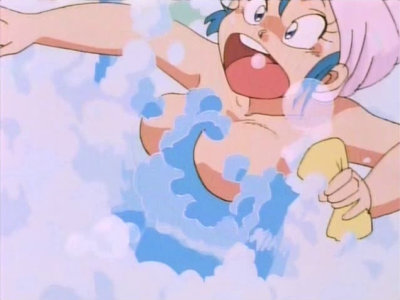 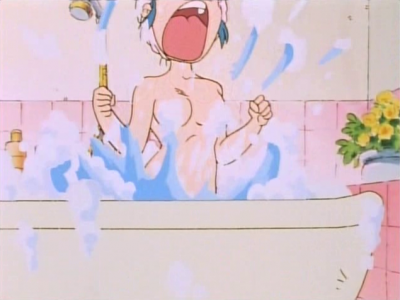 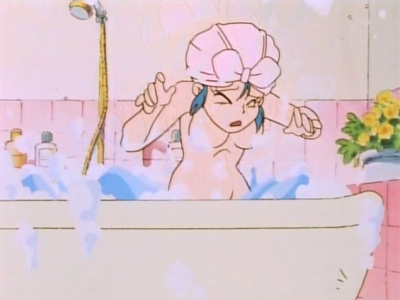 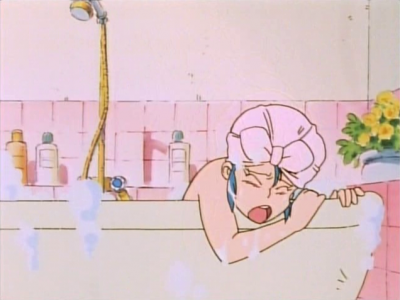 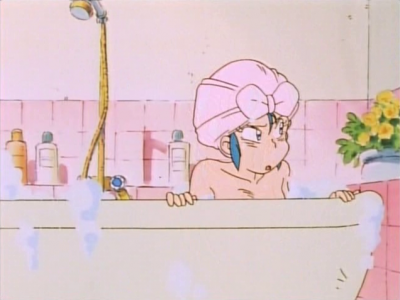 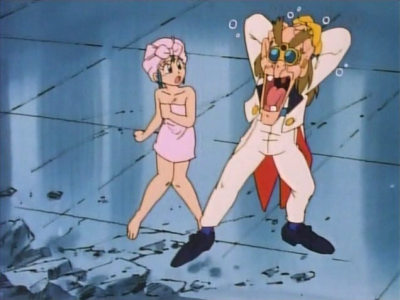