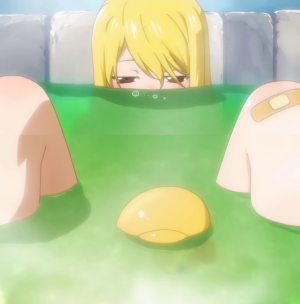 Lucy Heartfilia is seen having a Bath in Green Bathwater while spreading her legs and Blowing Bubbles in the bathwater. There is also an upside down Rubber Duck in the tub and there is a band aid on her left knee. Afterwards she is then seen in a white Towel looking in the mirror and making a funny face at it. 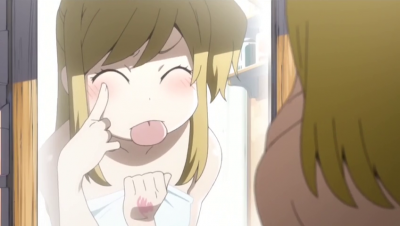 This ending theme appeared on the first OVA released on April 15th, 2011 and appears as the ending credits on the 2nd and 3rd OVAs as well.

This scene is not in the manga series and is exclusive to the anime.