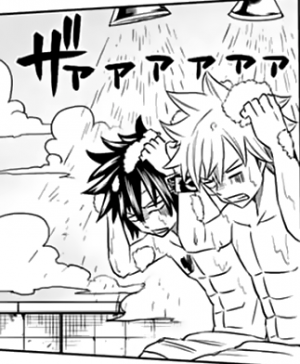 Natsu Dragneel and Gray Fullbuster take Showers while handcuffed together.

The Fairy Tail anime series does not cover any of the events of the Fairy Tail City Hero spin-off so this scene did not get animated and is exclusive to the manga.