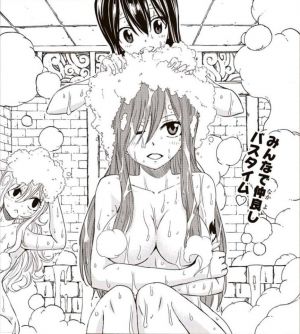 The cover has a Furo scene with Wendy Marvell, Erza Scarlet and Juvia Lockser.

This chapter was first released in Japan on April 6th, 2022 on the Magazine Pocket application.