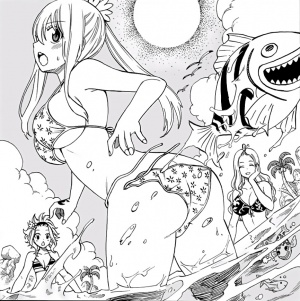 The cover has Lucy Heartfilia Skinny Dipping from Swimsuit loss.

This chapter was first released in Japan on July 29th, 2020 on the Magazine Pocket application.