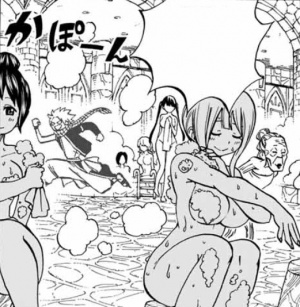 There is a Public Bath scene with unnamed females.

This chapter was first released in Japan on October 30th, 2019 on the Magazine Pocket application.