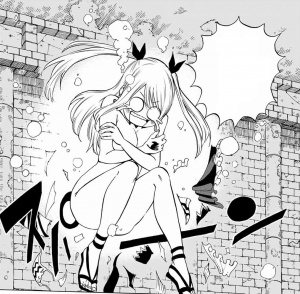 Lucy Heartfilia ends up Skinny Dipping from her Swimsuit getting cut off. Gray Fullbuster strips his off screen out of habit.

This chapter was first released in Japan on September 5th, 2018 on the Magazine Pocket application.