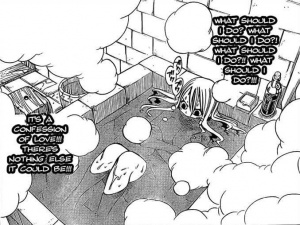 Lucy Heartfilia is shown soaking in her bathtub at her house while she is thinking about Natsu's request to meet her at night alone. As she interrupts this as him attempting to ask her out, she decides that she will turn him down gently. As she is next seen leaving the bathroom in a Towel she is shown to be shaking from nervousness as she gets ready to meet him. 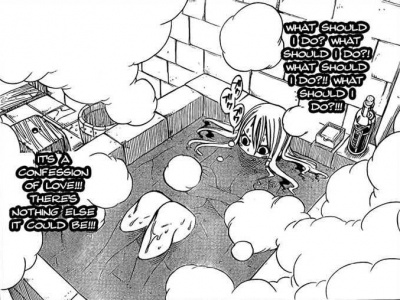 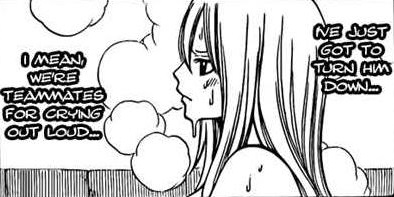 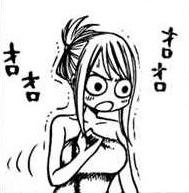 This chapter was first released in November 2007 in Weekly Shonen Magazine. In May 16, 2008 the chapters were printed and published by Kodansha in the tenth manga volume released in Japan. The scene was officially translated and released in North America in volume 10 published by Del Rey Manga on March 23, 2010.

This bath scene was adapted into the 50th episode of the anime.