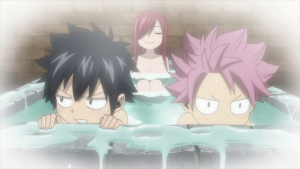 There is a Flashback Bathing Scene of Erza Scarlet, Natsu Dragneel and Gray Fullbuster sharing a Bath together when they were younger. 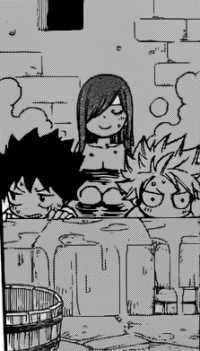 The original manga version of this scene

This bathing scene was based on the 507th chapter of the Fairy Tail manga. The anime version is more zoomed in showing less of the bathing environment and more focused on just showing the characters bathing.