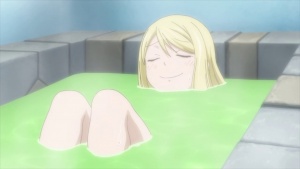 At the beginning of the episode, Lucy Heartfilia is seen taking a Shower and Shampooing her hair in the Ofuro of her old apartment in Magnolia that she moved back into after Fairy Tail was revived five days ago. She is then seen taking a Bath in the Undermount Bathtub and stretching her legs. Afterwards, Lucy is then seen in the Changing Room wrapping a Pink Towel around herself. As Lucy cheerfully leaves the bathroom in a towel she finds Natsu Dragneel and Happy invading her house once again in her living room. Lucy tries to kick Natsu for breaking into her house again but Natsu grabs Lucy's leg and holds her upside down and tells her that they have a new job which then results in her Towel Dropping and Natsu ends up seeing Lucy naked fully frontal and then screams. 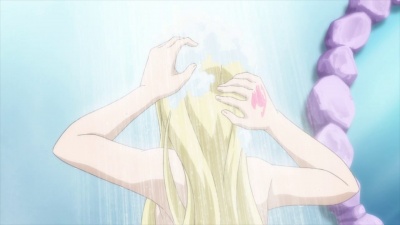 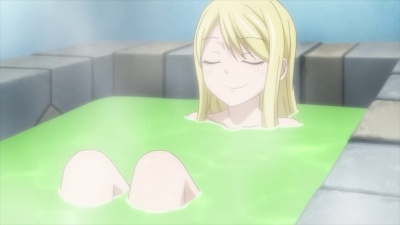 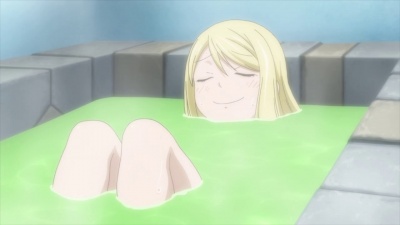 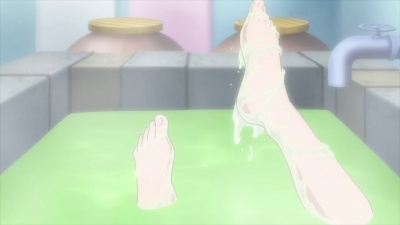 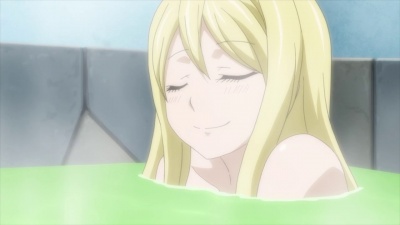 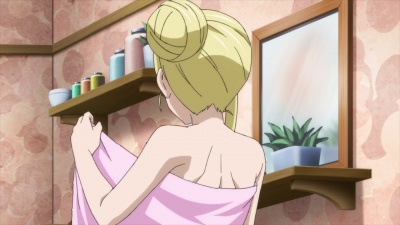 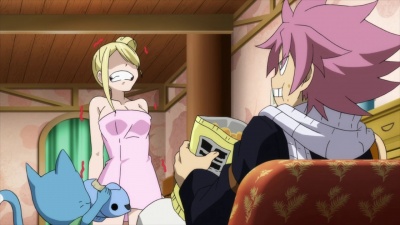 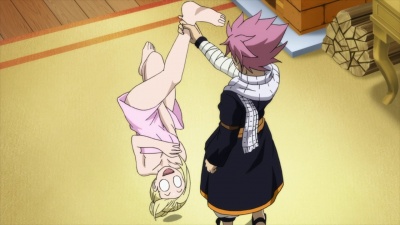 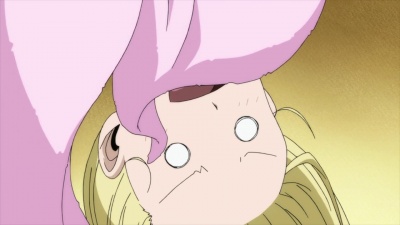 This chapter was adapted from the 438th chapter of the Fairy Tail manga series.