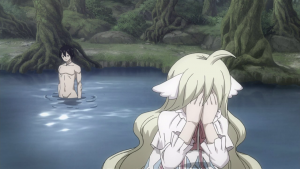 While Mavis Vermillion was going over to a lake, she accidentally stumbles upon Zeref Dragneel for the for the first time while he was Skinny Dipping. Mavis turns around and shields her eyes while Zeref gets out of the water. 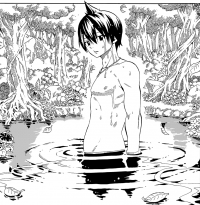 This episode is an adaptation to the 7th chapter of the Fairy Tail Zero manga series. The manga version is almost identical but doesn't include the beginning shot of Zeref Dragneel rising from Underwater.