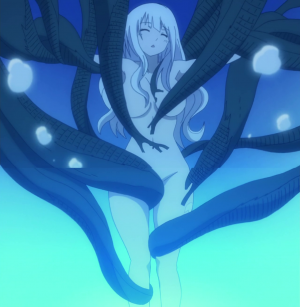 Mirajane Strauss is still unconscious in the Tube Bath at the Tartarus guild that she was put in 2 episodes ago. She is being watched over by Lamy and was going to be turned into a demon. 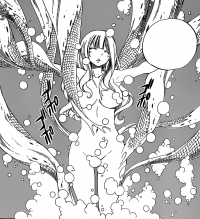 This scene is an adaptation of the 370th chapter of the Fairy Tail manga series. The manga version has more of Mirajane's naked body visible with less tentacles tying her up and lots of bubbles are covering her private areas.