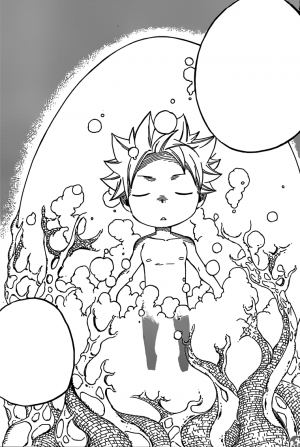 During a Flashback, it is revealed that Natsu Dragneel was created by Zeref Dragneel in a Tube Bath. While the young Natsu is seen Unconscious in the tube, Zeref says that Natsu is a creation that resembles his dead little brother.

This chapter was first released on May 20th, 2015 in Weekly Shonen Magazine.

This chapter was adapted into the 284th episode of the Fairy Tail anime series. The anime version adds a few extra shots.